Abortion involves the intentional killing of a fetus to end a pregnancy. These fetuses are human, biologically.1 It seems that fetuses are beings, although completely dependent beings: what else would they be?

So, abortion involves the killing of a being that is biologically human. Killing human beings is often deeply wrong, so is abortion wrong? If so, when? And why?

Here we will review some influential philosophical answers to these questions. 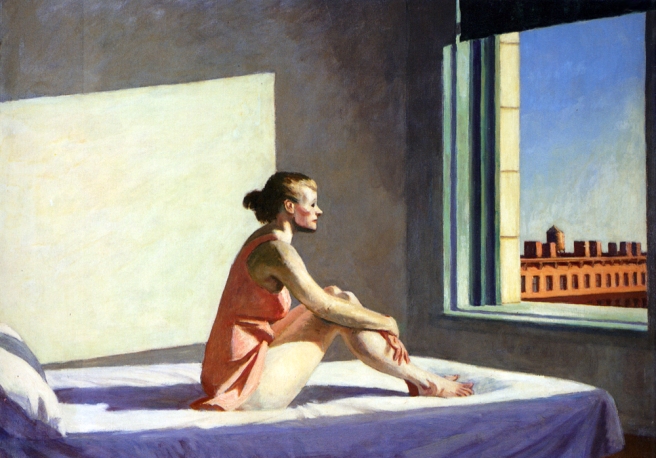 While this argument is influential in some circles, it is nevertheless dubious. You are likely over three feet tall now, but weren’t always. You can reason morally, but couldn’t always. You have the right to make autonomous decisions about your own life, but didn’t always. Many examples show that just because we have some characteristic, including a moral right now, that doesn’t entail that we (or our bodies?) have always had that characteristic or right. This argument’s advocates need to plausibly explain why that’d be different with, say, the right to life.3

Perhaps not. It is wrong to kill us, arguably, because killing us prevents us from experiencing the goods of our future: accomplishments, relationships, enjoying our lives and so on, which is distinct from being a human organism.

Many philosophers describe these capacities needed for experiencing our lives, present and future, in terms of us being persons.4 A theory present from at least the time of John Locke can be expressed roughly as: persons are beings with personalities: persons are conscious beings with thoughts, feelings, memories, anticipations and other psychological states. (When some people insist that fetuses aren’t human beings, they might be claiming that they are not human persons). If we die or even become permanently comatose, we cease to be persons, since we permanently lose consciousness.

On this theory of personhood, beginning fetuses are not persons. This is because their brains and nervous systems aren’t sufficiently developed and complexly interconnected enough for consciousness and personhood. The medical and scientific research reports that this developmental stage isn’t reached until after the first trimester, or, more likely, until mid-pregnancy.5 Nearly all abortions occur very early in pregnancy, killing fetuses that are not yet conscious, and so are not yet persons on this theory of personhood.

Any later abortions, affecting conscious and feeling fetuses who are persons or close to it, however, would likely be wrong on this theory, however, unless done for a justifying medical reason.

But just because something (or someone) is not a person, that doesn’t obviously mean that it is not wrong to kill it.

Abortion might seem to prevent a fetus from experiencing its valuable future, just like killing us does, even if it is not yet a person.6 But our futures might be valuable, in part, because we can, presently, look forward to them. Fetuses have no awareness of their futures whatsoever, and this is one important difference between their futures and our futures.

Finally, suppose all fetuses are indeed persons with the right to life. Does that make abortion wrong?

Not necessarily, Judith Thomson famously argued in her 1971 “A Defense of Abortion.”9 If I must use your kidney to stay alive, do I have a right to your kidney? No, and you don’t violate my rights if you don’t let me use it and I die. This shows that the right to life is not a right to the bodies of others, even if those bodies are necessary for our lives to continue.

Fetuses, then, might not have a right to the pregnant woman’s body and so she doesn’t violate their rights by not allowing a fetus to use it. If so, abortion wouldn’t violate any rights of fetuses and so it might be permissible.

The philosophical issue of the moral status of abortion is complex: these are just a few philosophical arguments on the issue. Each argument, and many others, are worthy of further discussion and reasoned debate.10

1 Unless we are doing veterinary ethics and are thinking about aborting feline or canine or other non-human fetuses.

2 This argument is developed in Beckwith (2007), and in George and Tollefsen (2008). This presentation here is based on Beckwith’s emphasis that fetuses and the adults they often later become are the “same being.” These arguments, however, can be interpreted in a more complex way, in which we understand them as arguing that having rights, or the properties that result in having rights, is essential to living human organisms, and that we are, in essence, living human organisms (and not, in essence, say, either minds or souls), and so we have rights whenever living human organisms exist (and so since a fetus and the later adult are the “same being” they have rights whenever they exist). This more sophisticated argument is not discussed here.

4 This influential theory of personhood is developed in Warren (1973).

7 For development of these arguments, see McMahan (2002).

8 For development of these arguments, see Norcross (1990).

10 While abortion is, of course, a controversial issue, it is worth noting that 82% of professional philosophers surveyed “accept or lean towards” believing that first-trimester abortions are generally permissible, whereas 13% “accept or lean towards” believing they are impermissible. For philosophers who specialize in applied ethics, those numbers shift to 86% and 11%. See the 2020 PhilPapers Survey.

A question is what explains these results: do philosophers tend to have these views about abortion because they better understand the issues and have trained abilities to rigorously evaluate ethical arguments? Or are these results better explained by something else?

McMahan, Jeff. The Ethics of Killing: Problems at the Margins of Life. Oxford University Press, 2002

Nobis, Nathan. “Abortion, Metaphysics and Morality: A Review of Francis Beckwith’s Defending Life: A Moral and Legal Case Against Abortion Choice.” Journal of Medicine and Philosophy 36.3 (2011): 261-273

Norcross, Alastair. “Killing, Abortion, and Contraception: A Reply to Marquis.”The Journal of Philosophy (1990): 268-277

Theories of Moral Considerability: Who and What Matters Morally? by Jonathan Spelman

Psychological Approaches to Personal Identity: Do Memories and Consciousness Make Us Who We Are? by Kristin Seemuth Whaley

Animalism and Personal Identity: Are We Animals? by Kristin Seemuth Whaley

Is Death Bad? Epicurus and Lucretius on the Fear of Death by Frederik Kaufman

The Badness of Death by Duncan Purves

The Non-Identity Problem by Duncan Purves

Nathan Nobis is a Professor of Philosophy at Morehouse College, Atlanta, GA. He is the author of Animals & Ethics 101, co-author of Thinking Critically About Abortion, a co-author of Chimpanzee Rights and author or co-author of many other articles, chapters, and reviews in philosophy and ethics. www.NathanNobis.com

16 thoughts on “The Ethics of Abortion”