‘Happiness is good.’ ‘We shouldn’t punish innocents.’ ‘Generosity is a good character-trait.’1

Ethical realists say that ethical claims such as these are objectively true: their truth does not depend on anyone’s particular opinions, beliefs, preferences, or characteristics. That is, realists believe that there are right answers in ethics.

Here, I first lay out several reasons in favor of ethical realism and then respond to several famous criticisms of the position. 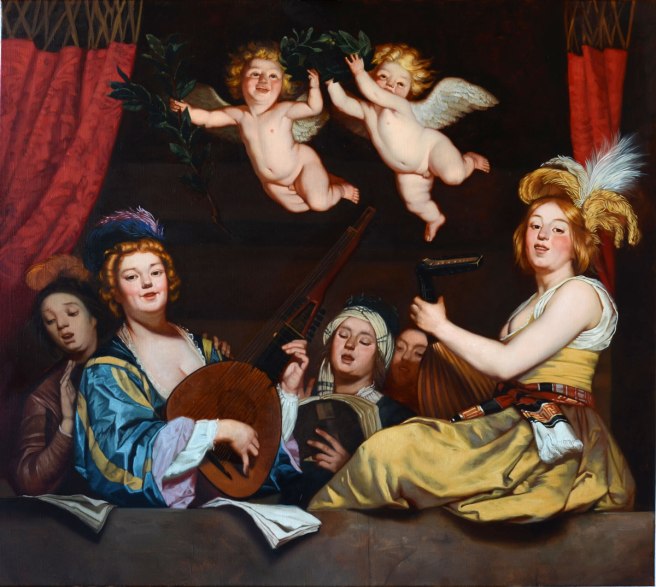 2. In Favor of Ethical Realism

Ethical realism was more-or-less taken for granted throughout most of the history of philosophy.4 Today, most experts agree that it’s true.5 Consider three types of argument for realism.

A. Common Sense or Intuition

It seems to lots of us as if suffering is bad; the claim is obvious, plausible, commonsensical, and self-evident.6 Arguably, everyone at-least-tacitly considers appearances to be evidence.7 Similarly, it seems as if stealing is wrong, even if you like to steal, and even if you trick someone into believing that stealing isn’t wrong. So there’s plenty of intuitive evidence that these ethical truths are objective: their truth doesn’t vary based on any particular person’s situation or preferences.

Arguably, much of our discourse is committed to the existence of genuinely normative properties and facts. Compare the case of mathematics, which might be a discourse about abstract objects that don’t clearly have any direct causal contact with people’s minds. Mathematicians continue to make progress and devise theories that can be applied to many particular projects. Maybe mathematicians are talking about nonexistent objects—numbers—and somehow, coincidentally, all this talk has paid off. But maybe mathematics is so successful because it’s making true statements about numbers. Similarly, much of our discourse seems to assume the existence of ethical truths, and maybe the best explanation for this fact is that some of these truths really exist.10

Ethical realism inspires many counter-arguments. We have space to survey three.11 Throughout, we should continually consider a general reply that Moorean12 realists have offered: that any argument against ethical realism, in order to justify us in rejecting the claim (e.g.) ‘you shouldn’t kill every living thing in the world, even if you want to,’ will have to be such that all of its premises have more overall-evidence than ‘you shouldn’t kill everyone in the world, even if you want to.’ One might offer this Moore-Bambrough-Huemer-style13 response to each of the three anti-realist arguments, but I’ll also gesture at other objections.

‘There’s too much disagreement about ethics for there to be facts about it.’16 Objections: Many apparently ethical disagreements are merely descriptive disagreements in disguise;17 just because people disagree about something, that doesn’t normally mean there’s no fact of the matter (compare the disagreement about whether Earth is the center of the Solar System)18; and such arguments run the risk of generalizing too far.19

‘Our ethical intuitions are the product of evolution, and are therefore a priori unlikely to produce true beliefs.’20 Objections: If commonsense morality is true, then we should expect a reliable faculty of moral knowledge to be adaptive; thus the debunker at least can’t assume that accurate moral beliefs are non-adaptive.21 In addition, if moral truths are known through reason,22 then it’s to be expected that we would have the ability to learn these truths, even if it wasn’t adaptive; compare calculus, which didn’t help our ancestors survive. This argument, like others, may also prove too much.23

D. A Note on Epistemic Justification

As noted, all three of these objections can also be seen to inspire arguments targeting epistemic justification in general,24 with the consequence that the objector must admit that her position is no more justified than its denial. And as the Moorean will argue, if, for each anti-realist argument, we are more justified in affirming ‘You shouldn’t kill everyone in the world, even if you want to,’ then we are arguably justified in putting more confidence in ethical realism than in nihilism.

Even if we agree with most historical and contemporary philosophers that ethical realism is true, we face one more very important question: Are these truths natural, physical, or merely-descriptive facts, such as facts about pleasure or survival? Naturalists say ‘yes.’ Or are these truths (instead) irreducibly, inherently normative? Non-naturalist or robust realists take this option.

This is a complicated topic and an area of a great deal of contemporary research.25 For now, simply note that most naturalists concede that ethical facts aren’t conceptually definable as descriptive facts, but add that these facts are nevertheless identical to descriptive facts, perhaps like how water is H2O, even though people once knew about water without defining it as H2O.26 This form of naturalism—ontological or synthetic naturalism—is the most popular form today.27 But both naturalists and non-naturalists are, once again, realists: they hold that there are right answers in ethics.

1 Perhaps these claims are strictly true only when there are ‘in general,’ ‘ceteris paribus,’ (meaning: everything else being equal) and other, similar conditions attached.

4 It’s rare, until the Twentieth Century, to find philosophers seriously defending anything other than realism. The debate itself may go back to Plato (1888 [–370]: Bk. I). A possible exception is Hume (2000 [1738]: 301), although there is substantial debate about what his metaethical position was, and he seems to have thought far more about the epistemology and psychology of moral belief than about the existence of moral facts; cf. Cohon 2015.

5 Most metaethicists “accept or lean toward” realism; see Bourget and Chalmers 2014.

9 There may also be important and interesting similarities between instrumental and moral claims, providing yet another argument for ethical realism; here, see Huemer 2013.

11 For reasons of space, we’re setting aside relativism. But some of these replies work well against relativism too. One might just recast some of these statements to contain denials of relativism. Also, one sort of argument that didn’t make the cut here is the claim that ethical properties or facts would add too much to our ontology. For example, Ruse 1986: ch. 3; Olson 2014: 147 ff. Such arguments are often presented along with an evolutionary-debunking story; see below. In response, of course, it’s not clear why we should think parsimony matters here; Cf. Huemer 2009; Sober 2009.

13 Again, see Bambrough 1969 and Huemer 2005: 115. For a reply to this strategy, see Olson 2014: ch. 7. In reply, the realist will argue that Olson has misunderstood or failed to take seriously the Moorean argument’s force, because he has appealed to highly controversial debunking-hypotheses in order to reject overwhelmingly commonsensical claims.

15 Such as quantum-mechanical phenomena (Albert 1992), numbers (if they exist), duck-billed platypuses, and so on.

20 Street 2006. Notably, we’re talking about non-skeptical realism now, not just realism per se. Street intends her argument most centrally to challenge our ethical knowledge, not the existence of ethical facts in general. See also Joyce 2006.

26 It’s not obvious how to show that ethical facts are nevertheless identical to descriptive facts. Perhaps we discovered that goodness is pleasurableness the same way—empirically—that we discovered that water is H2O: we can electrolyze water and see that it’s H2O. But how could we “electrolyze” goodness and “see” that it’s pleasurableness? See e.g. Huemer 2005: 84 ff. for elaboration of this sort of argument.

Audi, Robert. 2004. The Good in the Right: A Theory of Intuition and Intrinsic Value. Princeton: Princeton University Press.

Sober, Eliot. 2009. “Parsimony Arguments in Science and Philosophy—A Test Case for NaturalismP.” Proceedings and Addresses of the American Philosophical Association 83 (2): 117-55.

Tom is an assistant professor at Spring Hill College in Mobile, AL. He received his PhD in philosophy from the University of Colorado, Boulder. He specializes in ethics, metaethics, epistemology, and the philosophy of religion. Tom has two cats whose names are Hesperus and Phosphorus. Website: http://shc.academia.edu/ThomasMetcalf