Criminals are punished with fines, public scorn, imprisonment, death and more. Philosophical theories of punishment ask what justifies punishment, both in general and what justifies particular punishments. Most theories appeal to punishment’s effects on the future or facts about the past. This essay reviews these theories. 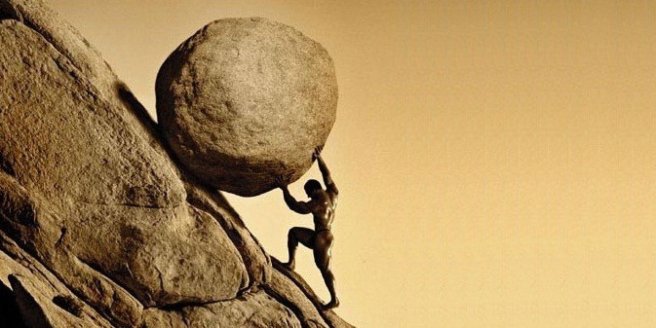 According to forward-looking theories of punishment, punishments are justified to the extent that they bring about future good results. Theories differ in terms of what those results are.

One goal of punishment is to bring about less crime. One way of doing this is by discouraging would-be criminals. Deterrence theories propose that punishments are justified to the degree to which they reduce, or deter, crime by preventing people from committing crimes or discouraging repeat offenses.

To understand how effective a punishment is as a deterrent, we consider the negative consequences for the criminal. If thieves are asked only to return stolen goods, that “punishment” is a very light consequence. Stealing might then be a good gamble: if a thief succeeds, she gets the items; if she is caught, she simply returns them. Fines or imprisonment provides a more effective deterrent and a stronger incentive to not steal.

Rather than focusing on reducing crime, rehabilitation theories of punishment focus on making criminals into people who are less likely to commit crimes.[1]

Consider two purse thieves. One steals for excitement. Another steals because of a lack of legitimate job opportunities and a lack of food: this thief feels bad about snatching purses but, nonetheless, he steals.

In the first case, rehabilitation theorists urge trying to improve the person’s character and values. In the second, mandatory job training or education could be part of the punishment. Rehabilitation is often attempted using education, training, medication, and therapy.

All forward-looking theories must specify what resources can be used to bring about the desired results. Costly punishments like the death penalty and life imprisonment might be justified if they effectively realize whatever goods the theory aims at: e.g., killing some criminals could most improve the world on some views, and since some wrongdoers might be incapable of rehabilitation, permanently removing them from society might be best.[2]

A problem for forward-looking theories is that the punishments recommended might not seem “proportional” to the crime. Serious crimes might call for light punishments if recidivism – repeat criminal offenses – is unlikely; light crimes might call for brutal punishments if that effectively reduces them.[3] Subjecting criminals, or even innocent people, to extreme punishments to “send a message” or deter others from committing crimes is another potential problem for forward-looking theories.[4]

Backward-looking theories identify the justification for punishment in some fact about how the to-be punished crime was committed.

An influential example of retributivism is the lex talionis (the law of retaliation), the view that the crime is to be revisited upon the perpetrator of the crime: we should “reap what we sow.”[5] So, thieves should be deprived of their property, murders should forfeit their own life, and so on.

On this view, punishment is not intended to make the world a better place, to reduce criminality, or to improve the perpetrator.[6] These may sometimes happen, and these may be further goods, but the justification for the punishment is simply that it is what the criminal deserves. That such theories do not aim at making the world an overall better place is sometimes a point of criticism of the theory. Why punish, some ask, if it serves no broader good? One reply is that people, especially criminals, getting what they deserve is its own good.

Some potential problems for retributivism include that some crimes are incapable of being paid back in full: e.g., a mass murderer can be killed only once; a criminal might destroy a unique artifact that no punishment can restore. In other cases, paying the person back with a similar punishment seems morally abhorrent, as in the case of sexual assault.

A second backward-looking theory suggests that the justification for punishment is not to inflict suffering on someone or to create an overall better world but to restore those who were harmed by the crime.

This restorative theory of punishment is backward-looking in that it targets the victim’s situation prior to the crime, by forcing the wrongdoer to help the victim.[7] A punishment, which the wrongdoer is forced to do, is justified to the extent that it restores victims to their standing prior to the crime, e.g., their mental and/or physical state, property restoration, and so on. This may seem more compassionate than retributivism since the goal of these punishments is to make the victim better off, comparatively, and thus the world a better place.[8]

Restorative justice faces a similar retributivist problem of fully “restoring” someone. Some losses cannot be restored (e.g., the losses to murder victims loved ones), and sometimes restoring the harmed individual would require seemingly unjustified offenses (e.g., enslaving a criminal to the victim until a theft is paid back).[9]

Some of the elements of these theories of punishment can be combined. We might recommend rehabilitation when possible and deterrence when not possible. We might also recommend restoration in addition to retribution. And forward-looking and backward-looking elements might be balanced against one another, to decrease crime while giving no more punishment than deserved.[10]

[2] Mill (1868) argues in favor of the death penalty only in cases where rehabilitation is not possible, for instance.

[3] Murray Rothbard (1998) defends a backward-looking, retributivist theory of punishment and challenges forward-looking theories on these and other grounds.

[4] Punishing innocents to decrease criminality in others is often called telishment rather than punishment.

[6] Indeed, Kant (1887) notoriously argues that those who murder must die, and that a society has a duty to execute those who have committed murder, regardless of the consequences for the society.

[7] Murray Rothbard’s (1998) writing in economics explains the “victim’s situation” as their rights. In other words, you must compensate (or restore) a victim for any right you violate.

[9] Roderick Long, a proponent of restorative justice, raises and attempts to address some of these concerns.

[10] This article focuses on theories of criminal punishment, but these same theory types can be applied to non-criminal cases of punishment as well. For instance, we might view “making a good person” as a desirable future state and then justify punishing a child to the extent that that punishment does the best job of making the child a good or better person. And we might think that boycotting a business owned by a bigot is giving it exactly what it deserves.

Kant, Immanuel. 1887. The Philosophy of Law: An Exposition of the Fundamental Principles of Jurisprudence as the Science of Right, trans. W. Hastie (Edinburgh).

Praise and Blame by Daniel Miller

Introduction to Consequentialism by Shane Gronholz

Philosophy of Law: An Overview by Mark Satta

Hell and Universalism by A.G. Holdier

Pascal’s Wager: A Pragmatic Argument for Belief in God by Liz Jackson

Travis Joseph Rodgers is Professor of Humanities at Valencia College in Orlando, Florida. He received his Ph.D. in philosophy from Florida State University. His specialties are ethics and ancient philosophy. His research focuses on the question of political legitimacy – that is, under what conditions governments might be justified in forcing someone to do something, applied ethics, and ethical theory. https://valenciacollege.academia.edu/TravisRodgers

13 thoughts on “Theories of Punishment”